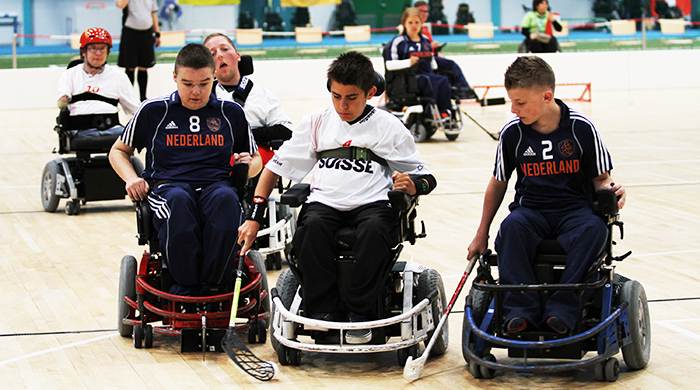 Finland will host the IWAS Powerchair Hockey European Championship played on 3rd to 7th of June 2020 in the Pajulahti Olympic & Paralympic Training Center, Lahti, Finland. The official website of the Games is now published: www.pajulahti2020.fi/en

There will be eight countries playing in the European Championship: host country Finlnad, reigning World champion Italy, reigning European champion Netherlands, current World number one Denmark as well as Switzerland, Germany, Belgium and Spain. The hosts will play in Group B together with Italy, Germany and Spain.

The top two teams from both groups will proceed to the semifinals played on Saturday 6th of June. The bronze and gold matches will be played on Sunday 7th of June. The last time Finland has reached the medals in Powerchair Hockey were in München, Germany in the 2014 World Championship.

All 20 matches of the IWAS Powerchair Hockey European Championship will be streamed live via web-tv. There will be free entry for the audience for all the matches of the tournament. We will provide further information about the tourist packages soon in the website.

You can also follow the European Championship via Social Media:

The IWAS Powerchair Hockey European Championship will be played 31/5–7/6/2021 in the Pajulahti Olympic and Paralympic Training Center, Lahti, Finland. The match days will be 2–6 of June and the matches will be played in the Pajulahti Hall. There will be eight countries participating: Denmark, the Netherlands, Switzerland, Germany, Italy, Belgium, Finland and Spain.