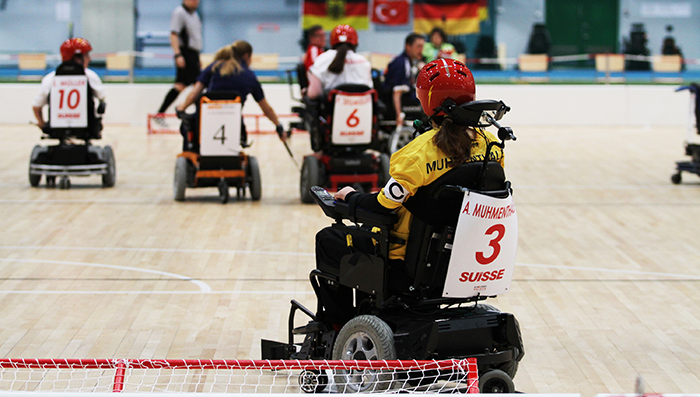 The 2021 IWAS Powerchair Hockey European Chamhpionship will be played in the Pajulahti Olympic and Paralympic Training Center, Lahti, Finland on 31/5–7/6/2021. There will be eight countries taking part in the tournament, including the host country Finland. The other teams are Denmark, the Netherlands, Switzerland, Germany, Italy, Belgium and Spain.

The eight teams are divided in two pools. Pool A: the Netherlands, Belgium, Denmark, Switzerland. Pool B: Italy, Spain, Germany, Finland. Teams will be awarded two points for each win, one point for each draw and zero points for each loss during the preliminary round. The duration of the Powerchair Hockey match is 2x20 minutes. There will be no extra time in the preliminary round matches.

Pool matches are played from Wednesday 2nd to Friday 4th of June and the top two teams from each pool will proceed to the semifinals played on Saturday 5th of June. Winner of the pool will play against the second placed team from the other pool in the semifinal.